A 2014 paper by Draganich & Erdal studied the effect of sleep on cognitive functioning in 164 undergraduate students – with an interesting twist.

Participants were given a questionnaire in which they ranked how deeply they had slept the prior night on a scale of 1-10. Subjects received education about REM sleep and cognitive function, then were intentionally deceived by the experimenters to believe that measuring certain physiologic parameters would allow calculate how much time they spent in REM sleep the night before.

Subjects were attached to various sophisticated-appearing monitors, and were allowed to watch their brainwave activity by EEG for 5 minutes. They then watched as experimenters performed sophisticated appearing (but fake) calculations, before being randomly told that they had either 16.2% REM sleep (“below average”) or 28.7% REM sleep (“above average”).

Subjects then took several standardized, validated cognitive assessments involving rapid arithmetic, verbal fluency, and other tasks. The findings showed that subjects who were told they had slept poorly tended to perform worse on the cognitive testing, compared to subjects who were told they had slept better — regardless of how they actually thought they slept! In fact, the “assigned” sleep condition better predicted how subjects performed than the subjects own assessment of how they slept.

This has interesting implications given the increasingly prevalence and popularity of “quantified self” devices that allow people to track data on various physiologic parameters such as sleep and heart-rate variability, among many others. This study suggests that being told you slept poorly tends to result in worse performance, regardless of how you actually felt about your prior night’s sleep.

Consider the implications of having what you perceive to be a “normal” night of sleep, then checking your sleep monitor and receiving data suggesting that you slept very poorly, or your HRV monitor reporting that you are highly fatigued. Based on the results of this study, receiving this type of information alone may result in impaired cognitive performance, and there is plausible concern that this effect could extend to physical performance as well.

Fatigue and subsequent performance are complex, multifactorial processes involving the brain’s coordinated processing of thousands, perhaps millions, of variables. Given this complexity, as well as our suggestibility and general tendency to fall prey to placebo or nocebo effects, it is silly to think that we can measure a single (or even a couple) parameters and objectively use this for subsequent training decisions.

Extending these ideas, obsessing over “optimizing” every aspect of recovery could plausibly result in impaired performance as soon as any one aspect is perceived to be suboptimal (regardless of whether or not it actually is). This is kind of like “orthorexia” for recovery – maybe we need to create a new term for that! 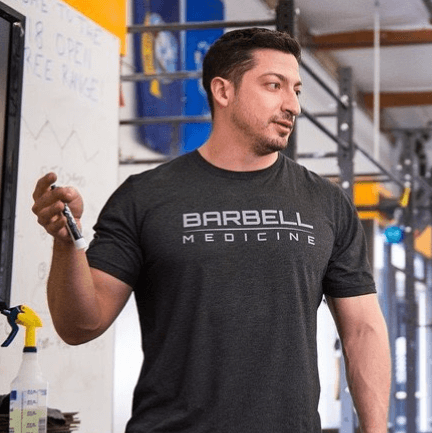 The Science of Training Motivation

A Case for Training Calves

How-To: Incorporate the Snatch and Clean into Your Program