The Effect of Resistance Training on High Blood Pressure

Blood pressure is a key vital sign that describes the force the blood exerts on the walls of the blood vessels. Blood pressure readings are comprised of both the systolic (the “top” number) and diastolic (the “bottom” number) values that correspond to the contraction or relaxation phases of the cardiac cycle, respectively. As of this writing, a normal blood pressure is considered to be < 120 mmHg systolic and < 80 mmHg. A blood pressure of < 90 mmHg systolic and < 60 mmHg diastolic may be considered hypotension (low blood pressure), but this usually requires accompanying symptoms or complications in order to be deemed “abnormal” or to justify treatment.

In 2010, hypertension was the leading cause of death and disability-adjusted life years worldwide. In the United States, hypertension accounts for more CVD deaths than any other modifiable CVD risk factor.Lim 2012 Danaei 2009 The authors of the new guidelines have this to say, stressing the importance of obtaining and maintaining optimal blood pressure levels (emphasis ours):

“the risk for CVD increases in a log-linear fashion; from SBP levels of 115 mm Hg to 180 mm Hg, and from DBP levels 75 mm Hg to 105 mm Hg. A 20 mm Hg higher SBP and 10 mm Hg higher DBP are each associated with a doubling in the risk of death from stroke, heart disease, or other vascular disease. In persons greater than 30 years of age, higher SBP and DBP are associated with increased risk for CVD, angina, myocardial infarction (MI), heart failure (HF), stroke, peripheral arterial disease, and abdominal aortic aneurysm.”

Given the large prevalence and risks associated with hypertension, it shouldn’t be surprising that there are many pharmacological and lifestyle interventions available to help prevent, manage, and otherwise treat high blood pressure. For the rest of this piece we’ll focus on how exercise, specifically resistance training, can be used to help manage high blood pressure.

391 total randomized controlled trials (RCTs) were studied in this meta-analysis. Of those 391 RCTs, 197 were on exercise and 194 were on antihypertensive medications.

In these studies the average sample size was 53, with a range of 15-464 subjects. The average age was 50 years old and there were more women (61%) than men. Of note, the average baseline blood pressure was 132 mmHg, which would meet criteria for the diagnosis of hypertension based on current guidelines.

The 194 antihypertensive drug trials included a total of 29281 subjects, with an average age of 55 years and average baseline blood pressure (without treatment) of 150 mmHg. In total there were 39,742 subjects studied in this meta-analysis.

Then, they compared the systolic blood pressure-lowering effects of exercise and antihypertensive medications in three sets of analyses:

Therefore, to really tease out how large of an effect exercise can have on blood pressure we would do best to look at how exercise works on patients with hypertension, and compare that to the effect of the antihypertensive medications in a similar population. Fortunately, Naci et al did exactly this in their meta-analysis.

For all 197 exercise RCTs, which include a large number of people with normal blood pressure, the average decrease in systolic blood pressure was 4.84 mmHg, with the following differences seen between types of exercise:

*the sample size in the isometric training studies are very small compared to the other sample sizes evaluated here, which may inflate the reported blood pressure lowering effects.

For all 194 antihypertensive drug RCTs, which included only those with high blood pressure (average SBP of 150 mmHg), systolic blood pressure was lowered by 8.8 mmHg on average. There were no significant differences between types of medications evaluated.

In summary, this meta-analysis suggests that the effect of exercise on systolic blood pressure in those with hypertension is slightly greater than the effect of antihypertensive medications.

While these data were useful in debunking the idea that strength training increases resting blood pressure, it suffered from relatively small sample sizes (1200 total subjects between the two meta-analyses), and neither directly compared the effect of exercise to the effect of antihypertensive medications.MacDonald 2016 Fortunately, the meta-analysis by Naci et al addresses both of these problems with nearly 40,000 total subjects and a direct comparison of exercise to antihypertensives in patients with elevated blood pressures. We needed this and Naci et al delivered.

Overall, Naci et al’s work strengthens the findings of de Sousa et al as far as how much we think exercise can help when it comes to blood pressure lowering in folks with elevated blood pressures. Furthermore, it provides additional ammunition when it comes to counseling patients, particularly if they do not want to be on multiple medications to control their blood pressure indefinitely. By having a larger evidence base available that suggests exercise – including resistance training – can match antihypertensive medications’ effects on blood pressure, I’m hoping we will see an increase in the frequency exercise is recommended for managing blood pressure. The current rate is 26% and I think we can do better. Mellen 2004 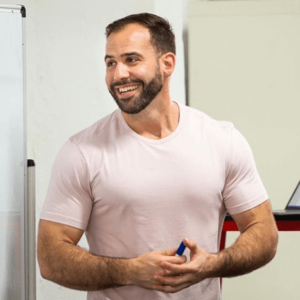 Jordan Feigenbaum, owner of Barbell Medicine, has an academic background including a Bachelor of Science in Biology, Master of Science in Anatomy and Physiology, and Doctor of Medicine. Jordan also holds accreditations from many professional training organizations including the American College of Sports Medicine, National Strength and Conditioning Association, USA Weightlifting, CrossFit, and is a former Starting Strength coach and staff member. He’s been coaching folks from all over the world  for over a decade through Barbell Medicine. As a competitive powerlifter, Jordan has competition best lifts of a 640lb squat, 430lb bench press, 275lb overhead press, and 725lb deadlift as a 198lb raw lifter.
Shopping Cart