In our last article we discussed how to manage muscle injuries of the hamstrings, groin (adductors), hip flexors, and quadriceps. Today we’ll move on to discuss hip pain that is attributed to the “Femoroacetabular Impingement Syndrome”.

Femoroacetabular Impingement Syndrome (FAIS) is a common diagnosis given to individuals with hip pain. While the diagnosis has come to prominence within the last 15-20 years, the first discussions on the topic date back to the 1930s. Smith-Peterson 2008

The syndrome is defined as a “motion-related clinical disorder of the hip with a triad of symptoms, clinical signs and imaging findings. It represents symptomatic premature contact between the proximal femur and the acetabulum.” Griffin 2016

In layman’s terms, this diagnosis attributes hip pain to the moment when the head of the thigh bone (femur) comes into contact with the socket (acetabulum) due to changes in the shape of either bone.

FAIS is typically categorized based on which bone is shaped in a way that predisposes to early contact between them. These categories are termed “cam”-type, “pincer”-type, or mixed-type impingement. Cam is where the femur has an outgrowth, while pincer describes an outgrowth of the acetabulum. This terminology may be useful for a radiologist, but is likely less helpful for an individual experiencing pain because in most cases, the initial steps in management are the same either way. Both instances also incorporate discussions of the hip “labrum”, which is the cartilage lining the hip socket.

In the 2000s-2010s, treatment for this syndrome often involved surgical hip arthroscopy. From 2004-2009 there was a 365% increase in these procedures in the United States. Montgomery 2013, Sing 2015 As with many other arthroscopic surgeries, research began showing weak correlations between these bony shapes and the likelihood of improving after surgery. One study found that a patient’s mental health score actually had better correlation with the outcome of their surgery than the hip structure or other factors like body mass index or gender. Jacobs 2017 For professional athletes, 87% were able to return to their prior level of participation after surgery, while for normal athletes, that proportion dropped to 57%. Jack 2019, Ishoi 2018

Is it a problem?

There is an assumption across many different procedures in sports medicine that if an underlying “problem” is addressed, an athlete will necessarily return to their prior level of performance and never experience symptoms again. This is flawed for several reasons: often what is considered the “problem” could also be considered a normal adaptation to sport (we discussed this in the first article of our hip series). Even if the structural change is problematic, surgical correction merely addresses that facet, while the post-operative rehabilitation process is what truly facilitates return to sport. If an athlete underwent a procedure and did nothing but rest or receive passive treatments for 12 weeks afterwards, the structural change has been addressed, but that athlete is far less prepared to participate in sport than they were prior to the surgery. Athletes are often overly optimistic about what these surgical procedures can do; one study found that expectations for hip pain and return to sport were met or exceeded in only 44% and 39% of individuals, respectively. Mannion 2013

In most cases, arthroscopic surgery should not be the first-line recommendation. Part of the reason for this is that cam and pincer-type structures are extremely common in the normal population of people without hip pain, which should make us question how significant this finding is as a “cause” of hip pain. One study found 54% of athletes with no pain had changes in their hip labrum, while changes were seen in only 20% of athletes with pain.Heerey 2019 In a separate analysis of individuals experiencing pain, 62% of individuals had evidence of a labral tear, while in individuals without pain, 54% had evidence of a tear. Heerey 2018 Individuals with symptoms may be more likely to have these changes to the hip labrum, but if over half of individuals have some type of change regardless of pain, it is difficult to assign the blame to only the labrum and assume arthroscopic surgery will fix the issue.

There is no research on hip labral changes specifically in the lifting community, but it is likely similar to the high prevalence seen in individuals without pain elsewhere. Athletes with hip pain often receive narratives like “their glutes aren’t firing properly,” that certain muscles are “weak”, or a range of a particular obscure rotation in a certain plane is causing their issues. There is no evidence to suggest that is the case, and telling an athlete who can deadlift twice their bodyweight that a muscle is “not firing” is asinine. Effectively addressing these hip issues involves a discussion of modifying current activity that is causing symptoms, and developing a plan to train around those activities until they can be reintroduced.

The role of technique

The topic of FAIS also involves a discussion regarding technique. Contrary to opinions on social media, there is no “perfect technique”. Introducing exercise variation can be useful for both mitigating pain symptoms and developing a broader base of athleticism. Adaptations tend to be task-specific, so performing the same movements all the time likely leads to very specific adaptations. Structural changes to the labrum are seen in sports with the prevalence of changes being especially high in sports like hockey and dance. Silvis 2011, Blankenstein 2020 These adaptations could ultimately be advantageous for the athletes in the same way that certain shoulder changes (e.g., glenohumeral head retroversion) are seen as advantageous in some overhead sport athletes. Chant 2007 While powerlifting is predicated on only three movements, general athletic preparation is a necessary part of any program to build resilience and to maintain a broad skill set. The three primary movements in powerlifting (squat, bench press, and deadlift) lead to different structural adaptations that allow athletes to succeed in their sport.

Technical variations and single leg exercises have a place in overall programming, but when an athlete has pain, such movements may temporarily assume the lead role. The key is often finding an entry point where the athlete can continue to train with minimal symptoms and build capacity from there. The athlete may need to adjust their stance width, toe angle, or alter their squat depth for a period of time until they can return to their preferred stance. There are also other conversations that need to take place related to external stressors the athlete may be experiencing, their sleep habits, and any notable changes in their recent programming. Each of these are modifiable variables that can sum to allowing an athlete to continue training and making progress in the gym.

A sample plan might incorporate box squats in order to maintain a tolerable depth. An athlete may be able to squat to a 20-inch box with minimal symptoms with this serving as an entry point to training. Now, there are two variables to track: the weight on the bar and the squat depth. Improvement in either variable represents progress, but an athlete may need to focus on one of these at a time. For example, one squatting session may be focused on increasing the weight through the tolerable range, while the next may be focused on increasing depth using the same load.

Since overall intensity tends to decrease during these rehab phases, it can be an excellent time to add other exercise variations such as split squats, lateral lunges, step-ups or even machine variants such as knee extensions and hamstring curls. An overemphasis on the competition squat, bench press, and deadlift can sometimes make athletes forget that there are essentially infinite exercise options available, and sometimes being hyper-specific to a particular goal can be the enemy of progress.

This is merely a sample program. Some athletes’ initial change may be to widen their stance instead of utilizing a box squat. In that format, there may be sets with the emphasis on a wider stance and others attempting to work back to a normal stance. One of the bigger points here is that it is okay to utilize different exercises to help accumulate some volume while avoiding a constant exacerbation of symptoms. If symptoms markedly worsen after a training session, that indicates that an adjustment in the programming is in order — often finding ways to reduce the absolute load being used, but potentially may involve modifying range of motion or exercise selection.

In our next article, we’ll move on to discuss an extremely common problem: hip osteoarthritis, and provide guidance on how to manage it. 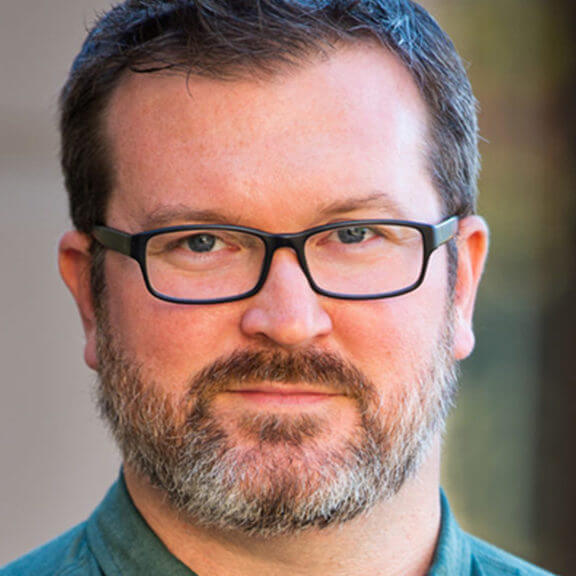 Derek Miles is a residency trained physical therapist currently working at Stanford Children’s Hospital as the Advanced Clinical Specialist in the rehabilitation department. He worked at the University of Florida prior for 10 years in sports medicine treating a variety of athletic injuries from overuse to post-operative. He is involved in the peer review process for academic journals and has spoken at national level conferences within the physical therapy profession. If not treating patients or in the gym Derek is likely either cooking some form of meat or reading books related to various random topics. He occasionally brews a pretty good American Pale Ale as well.