If you’ve used our templates or have been coached through Barbell Medicine then you may have seen “Myo-reps” programmed in your training. This strategy has been around for quite some time; in fact, the term “myo-reps” was coined by Borge Fagerli in the mid 2000’s. Many trainees are unfamiliar with what these are and how to complete them, so today’s article will aim to address these questions. While myo-reps can be very challenging, they can also be an effective training tool when used in the right context.

Myo-reps involve first performing an “activation” set, where a relatively lower load is lifted to near-failure, typically in the 12-30 repetition range. Then, a series of lower-rep “back-off” sets are completed with the same weight, e.g., 3-5 reps. These sets are repeated using 20-30 second rest intervals until the individual can no longer complete the targeted number of reps.

The first set of 12-15 reps listed here is called the activation set, whereas the second prescription, 3-5 reps, refers to the back-off set’s target repetition range. Using this example, the individual would perform a particular exercise for 12-15 repetitions targeting an Rate of Perceived Exertion (RPE) 8 effort, which can be conceptualized as having approximately two repetitions left in the tank prior to failure.

Whether this happens at 12 reps, 15 reps, or some number of reps in between is inconsequential. After a 20-30 second rest, the individual would use the same weight to perform a set of 3-5 reps, repeating this process until they can no longer complete at least 3 reps. The RPE of the back-off sets will vary, but should generally range between RPE 6-RPE 10.

It should be noted that the number of reps used in both the activation and back-off sets can be higher or lower depending on the application, the preferences of the coach and/or lifter, and other factors.

Why and When are Myo-Reps Used?

We often use myo-reps for lower-priority supplemental lifts when there are significant time constraints for training and there isn’t another good option available. For example, they may be useful for a person who has only 10-15 minutes to complete their final exercise before needing to leave the gym. Alternatively, they may be used even if there aren’t external time constraints when an individual simply wants to shorten their workouts.

Myo-reps can also be used during periods prioritizing muscular hypertrophy, overall work capacity, and/or strength-endurance to provide certain advantages in terms of stimulus and fatigue trade-offs over traditional programming options. We will discuss this in greater detail below.

Typically, you won’t see myo-reps used for the competition lifts, as we don’t see this as an “optimal” way to train for specific strength in higher-priority lifts. With that said, if someone’s time constraints became tight enough, we would not rule this option out either.

How do Myo-Reps Work?

In general, myo-reps “work” through traditional mechanisms of muscle stimulation, e.g. mechanically loading the muscle through a range of motion that requires motor unit recruitment of the target muscle(s) with enough training volume that produces muscle damage and metabolic stress.

Exercise requires the muscles to create force via mechanical tension to control body movements through a given range of motion. Motor units, the muscle fibers activated by a particular motor nerve, are recruited in order to create this tension. Each muscle fiber is composed of many contractile proteins known as myofibrils. Exercise that induces a degree of damage to these contractile proteins, such as resistance training of sufficient load carried out through an adequate range of motion, stimulates hypertrophy (growth) of the muscle by recruiting satellite cells to the damaged area(s) and via other mechanisms.

In resistance training, the muscles create energy (ATP) to fuel these contractions primarily through anaerobic glycolysis, which creates the buildup of metabolic byproducts such as hydrogen ions, inorganic phosphate, creatine, lactate, and others. When the muscles are required to create force repeatedly in an anaerobic environment, more and more metabolic byproducts, or metabolic stress is created.

Training volume, the product of sets and reps, has been shown to have a dose-dependent relationship with hypertrophy and muscular strength. Based on the factors described so far, this shouldn’t be surprising, as more volume requires the muscles undergo more loading, more motor unit recruitment, and more metabolic stress. There is a caveat however, as the amount of total training stress must be tolerable by the individual so as not to outstrip their recovery resources.

Overall, myo-reps offer the individual a way to complete a substantial amount of training volume in a short period of time with a relatively light load. There are a number of theoretical mechanisms that may explain some of the unique effects of myo-reps. For example, the short rest periods may increase metabolic stress, which probably increases strength-endurance adaptations compared to traditional resistance training programming. Additionally, myo-reps may exert their effects by inducing a higher degree of metabolic stress and muscular damage compared with the effects of more traditional programming. Regardless, the field of muscle hypertrophy is still rapidly evolving and none of this is well-established science yet.

That said, myo-reps probably do not result in greater numbers of motor units being recruited, as recent evidence suggests that during dynamic movements, most motor units are recruited similarly during both light (<50% 1RM) and heavy (>85%) efforts. Rather, the same number of motor units are likely being recruited at different frequencies – called rate coding – in order to complete the task at hand. Additionally, it is unlikely that some of our highest-threshold motor units will be available to contribute much after the activation set due to the energy demands of the high-repetition set. However, we still recruit a significant amount of muscle mass that yields a potent stimulus for increased muscle size, strength endurance (repeated bouts of force production), and general work capacity.

Finally, since we do not use myo-reps exclusively, those high-threshold motor units are getting other types of stimuli during the rest of our training – specifically during heavier, low-rep resistance training. It is important to point out that myo-reps are unlikely to be the most effective programming elements for improving specific strength outcomes like 1-rep max strength, as the task demands are vastly different. Additionally, recruitment of high-threshold motor units from built-up fatigue (like lifting light weights to failure or near-failure) produces somewhat different adaptations than lifting heavy weights to near-failure. However, the muscle size increase from myo-reps can be very useful for lifting heavy weights in situations mentioned above – provided that you’re still regularly exposing yourself to lifting heavy weights as well.

As mentioned above, there are two principal components of the myo-rep prescription, e.g. the activation set and back-off sets.

The activation set, e.g. 12-15 reps @ RPE 8 is performed first. During this set, the individual is instructed to work up an RPE 8 set, e.g. 2 repetitions in reserve, in the prescribed rep range. We use many different activation set rep schemes throughout our programs, e.g. 10-12, 12-15, 12-20, etc. If the lifter is familiar with the exercise being used for myo-reps, the following targets may be helpful:

If the lifter is unfamiliar with the exercise, e.g. they have no idea what their 1Rm is, then we recommend picking a weight they think is likely to produce an ~ RPE 8 effort at the upper-end of the prescribed rep range of the activation set, e.g. 15 reps in the example above. During this activation set, we recommend stopping the set whenever it becomes an ~ RPE 8, whether that’s at 10 reps or 25 reps.

The main goal of the activation set is to hit the RPE 8 set rather than the arbitrary repetition range. Note that the first time you do this, the initial weight selection will be something of an educated guess, and it may require some trial-and-error to find the right load for a particular rep range. This is perfectly okay, as long as you still achieve the RPE 8 target. The following week, you’ll be able to make a more informed decision about what load to use.

After the initial activation set and 20-30 second rest (or 5-6 slow, deep breaths if you aren’t using a timer), complete another set of 3-5 reps with the same load, the goal for this first back-off set being 5 reps. Rest another 20-30 seconds and complete another set of 5 reps (or less if that’s all you have left in you). Continue this cycle of 20-30 seconds rest/reps until you can only do 3 reps in a set. At this point, this myo-rep set is done. Here’s an example of this being performed:

If you hit 5-5-5-5-5 across the backoff sets, end the myo-rep set after 5 sets and make a note to increase the load on your activation set up for your next session. The goal is to find a  weight that will get you to failure within ~5 sets. Again, this is a rather arbitrary number that may change in different applications.

Finally, different training cycle contexts might call for different protocols, meaning that this protocol flexibility can be helpful in a variety of training phases. Training phases with a focus on higher volume and lower intensity might use higher-rep activation sets followed by lower-rep sets (e.g. 14@8 → 4@10). This large difference in rep count between the sets means that the “back-off” sets will be further from failure, allowing the lifter to complete more sets and increase the total number of reps performed. In contrast, training phases aiming for lower volume and higher intensity might use lower-rep activation sets with higher-rep back-off sets (e.g. 10@8 → 5@10), which limits the total volume that can be accumulated.

Hopefully this explanation and discussion helps when you see myo-reps programmed in your  own training! 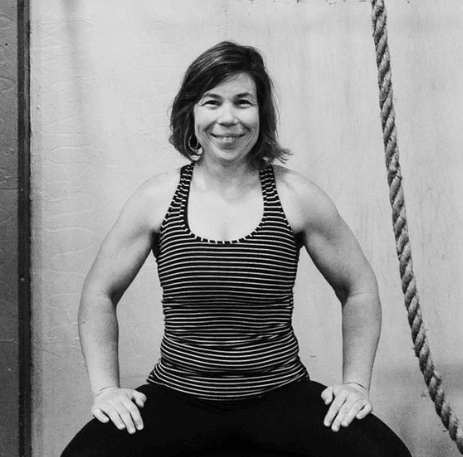 On Beliefs vs. Evidence

Strength & Cancer-related Mortality: Is it enough to exercise, or do you actually need to get strong?