In the first article in this series we discussed the history of nutrition science and traced its evolution alongside the biomedical model. We also introduced the discussion of nutritional epidemiology in comparison to the “gold standard” biomedical trial design: the randomized controlled trial. In this second article, we’ll discuss the utility, limitations, and misunderstandings about the prospective cohort study design for nutrition science.

Prospective cohort studies are the only practical research design to investigate the long-term relationship between diet and disease, particularly with the preponderance of current evidence in nutrition indicating that whole diet patterns are more informative of diet-disease relationships than any isolated food or nutrient.

Prospective cohort studies are the only practical research design to investigate the long-term relationship between diet and disease, particularly with the preponderance of current evidence in nutrition indicating that whole diet patterns are more informative of diet-disease relationships than any isolated food or nutrient (11,12). Prospective cohort studies, where groups are followed longitudinally over time, allow for the exposure of interest (i.e. diet) to be assessed prior to the downstream development of disease, minimizing bias from reverse causality, recall bias, and selection bias (6,7,9). Moreover, prospective cohort studies reflect the relevant exposure ‘on the ground’ in real-life contexts (versus, say, in a locked ward), improving the generalizability of the findings to the broader population (6,9).

Well-conducted prospective cohort studies therefore carry unique utility for nutrition science. While they have limitations (as all designs do), these limitations are often exaggerated by misunderstandings about the methodology employed.

For example, it is commonly misunderstood that diet is impossible to measure with any accuracy in free-living populations. However, multiple assessment methods exist to provide a reasonably thorough measurement of diet in free-living populations (7). The use of food frequency questionnaires [FFQs] is commonly employed in large cohort studies, and FFQs are an effective means of capturing the exposure of interest, which is average dietary intake over time (10). FFQ’s can be validated against population-specific weighted food diaries and objective biomarkers of intake when available (7,10). FFQs may also be taken periodically over the period of follow-up, to account for any changes in diet (more on this later) (10). While 24-hour recalls have been criticized for the potential error of recording only a single day in an individual’s diet, epidemiological studies are increasingly using multiple 24-hour recalls taken on non-consecutive days from the same participant, thus capturing within-person variance and increasing the accuracy of assessment (6,10).

A particularly under-appreciated aspect of epidemiological dietary assessment is that, contrary to prevailing thought, dietary composition is often fairly stable over time, and dietary intake in individuals correlates over the long-term (10,13,14,15). Given the inherent difficulties in quantifying absolute energy intake (even in controlled settings), epidemiologists tend not to use dietary assessment methods to assess absolute energy intake (6).

The bottom line to the preceding paragraphs is that, despite misconceptions, dietary assessment methods have advanced considerably over the past 50-years, and have solid reliability and validation.

However, as dietary intake correlates over the long-term, it is standard practice in nutritional epidemiology to control for total energy in order to determine whether the outcome of interest is related to the composition of diet (10). This is a more relevant assessment in order to characterize the relationship between dietary composition and disease outcomes (7). Controlling for total energy intake also reduces the potential influence of underreporting or over-reporting in the collection method (10).

The bottom line to the preceding paragraphs is that, despite misconceptions, dietary assessment methods have advanced considerably over the past 50-years, and have solid reliability and validation (6,7,8,10).

Nutritional epidemiology is also often criticized for yielding weak results, small effect sizes, and results that are inherently subject to confounding. This is another relative misconception. The observed effects are very much dependent on:

…the unit of exposure is critical to the magnitude of effect.

For example, in analysis of the Nurses Health Study and Health Professionals Follow-Up Study for relationships between fruit and vegetable consumption and risk of ischemic stroke, 1 serving per day of either vegetables or fruit was associated with a weak relative risk [RR] of 0.94 (16). This is within the small effect size range of 0.95 to 1.05 that nutritional epidemiology is often alleged to result in, rendering risks difficult to detect (6). However, increasing the unit of exposure (the “dose”) to 9-10 servings of vegetables and fruit resulted in a RR of 0.69, a 31% reduction in risk comparing the highest quintile of intake to the lowest (16). In this respect, the unit of exposure is critical to the magnitude of effect.

This is particularly relevant to the contrast between groups in a cohort, as can be seen with saturated fat intake. The epidemiologic associations between saturated fat (SFA) and coronary heart disease (CHD) are strongest when population intake is >18% of total energy, while the threshold of <10% energy intake is derived from the observations of greatest reductions in total cardiovascular events (17,18).

Population level SFA intake in many Western countries have decreased from >18% to an average of 12-13% energy, and certain recent cohort studies have suggested no associations between saturated fat and CHD (19,20). However, with average cohort intakes below the 18% threshold associated with high risk, while also slightly above the 10% threshold associated with reduced risk, this in effect means that the SFA-CVD hypothesis is not testable in these studies (20,22). These ‘weak’, albeit positive, effects reflect the importance of having an appropriate contrast between the exposure of interest and an adequate control group in nutritional epidemiology.

This represents a situation where meta-analysis may actually prove less informative than well-designed observational trials that sit lower on the “hierarchy of evidence”!

Furthermore, the recent misuse of meta-analysis of prospective cohort studies as a study design has undermined the confidence in nutritional epidemiology by generating ‘null’ or weak results (22). The inclusion of divergent cohorts with differing dietary characteristics renders a pooling of these results inappropriate for meta-analysis. It results in weakened, rather than strengthened, statistical power, and generates controversy over the evidence base (7,22). This represents a situation where meta-analysis may actually prove less informative than well-designed observational trials that sit lower on the “hierarchy of evidence”!

It is also important to recognize that true null findings are still relevant to the evidence base, and have translated into public policy. For example, true null findings in relation to total fat intake and CHD have recently shifted the focus from reducing total fat intake to emphasizing the composition of fats in the diet. We now recommend predominantly unsaturated fat intakes from plant and marine sources, as supported by observational evidence and controlled trials (18,21).

Finally, it is often argued that nutritional epidemiology cannot be trusted because results are always subject to confounding. However, while it is true to say ‘association does not equal causation’, it is equally true to say ‘correlation does not imply confounding’ (6). This is an important qualification for interpreting the findings of prospective cohort studies, because policy decisions in relation to nutrition have to be made based on existing evidence at present, when RCTs on hard endpoints may not be available or even feasible (7,8). Simply put: everyone eats food, so we can’t afford to wait until all necessary randomized trials are completed before dispensing policy recommendations with respect to nutrition.

For a variable to be a “confounder”, it has to be an unaccounted-for factor that is associated with both the exposure and outcome, but not be caused by either, thus biasing the relationship between exposure and disease (7). The relationship between nutritional exposures and other environmental and lifestyle factors (e.g., exercise) is often suggested to be a source of greater confounding in nutritional epidemiology, but these factors do not necessarily render diet-disease relationships uncontrollable (6).

Simply put: everyone eats food, so we can’t afford to wait until all necessary randomized trials are completed before dispensing policy recommendations with respect to nutrition.

The advantage of a prospective design is not only that known confounders can be adjusted for, but that updated information relevant to potential confounding may be introduced during the study period, minimising the potential for residual confounding (6,8). Prospective studies can minimize bias to a greater degree than other observational designs, and when known relevant confounders are accounted for, a well-conducted cohort study may actually have as much power to infer causality as an RCT (23). The word infer here is deliberate, as it is distinct from ‘prove’, and reflects the use of the Bradford-Hill criteria to infer causality from observational data: strength of association, consistency, temporality, biological gradient [dose-response], plausibility, coherence, and experimental evidence (24).

Several diet-disease relationships have been established on the basis of nutritional epidemiology and informed policy accordingly, including whole-grain consumption, diabetes, and cardiovascular disease (25), sugar-sweetened beverage consumption and diabetes (26) and trans-fatty acids and cardiovascular disease (27). Nutritional epidemiology does not exist in an evidential vacuum, and multiple converging lines of evidence are useful to arrive at conclusions.

Thus, while it always possible to accuse findings in epidemiology of being confounded, we can still draw informed conclusions and infer causality when those findings are also supported by mechanistic studies, animal models, and RCTs on intermediate endpoints. An example of this is trans-fatty acids, where consistent observations in epidemiology supported by controlled findings on blood lipids ultimately culminated in public health policy to remove trans fats from the food supply to <1% (21,28,29).

In this respect, it is important to note that the track record of nutritional epidemiology overall in establishing multiple diet-disease relationships and informing policy decisions to reduce disease burden in the population warrants confidence in the field.

The place of epidemiology, therefore, depends on what we consider “evidence”, and whether that evidence is useful for informing public policy. In this respect, it is important to note that the track record of nutritional epidemiology overall in establishing multiple diet-disease relationships and informing policy decisions to reduce disease burden in the population warrants confidence in the field. Calls to abandon nutritional epidemiology are misconceived, and well-designed prospective cohort studies provide a means to infer causality where RCTs on hard endpoints are not available or feasible.

In a more nutrition-specific assessment of evidence, nutritional epidemiology provides a level of evidence with accepted uncertainty, but with the potential for that uncertainty to not unduly influence the probable benefit in applying the findings (30). It is an entirely distinct consideration for certainty, below what would be required for a medical intervention.

In the next article in the series we will move on to discuss the role and limitations of randomized controlled trials in nutrition research. 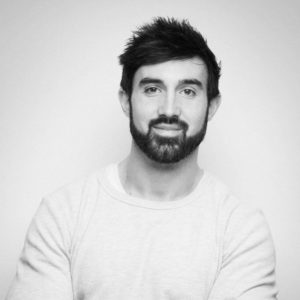